The ancient mind/body practice known as qigong, which dates back at least 4,000 years, has been found to be beneficial to some breast cancer patients, according to researchers from one of the preeminent cancer research hospitals in the world, The University of Texas MD Anderson Cancer Center.

Specifically, the practice has been found to reduce some sympoms of depression as well as improve the quality of life in breast cancer patients who are undergoing radiation therapy.

The findings have been published in the respected, peer-reviewed journal Cancer, and the study is the first prospective study to look at qigong in breast cancer patients receiving radiotherapy and include a follow-up assessment.

“We were also particularly interested to see if qigong would benefit patients experiencing depressive symptoms at the start of treatment. It is important for cancer patients to manage stress because it can have a profoundly negative effect on biological systems and inflammatory profiles.”

This study enrolled 96 women diagnosed with breast cancer in stages I, II or III receiving teatment at Fudan University Shanghai Cancer Center in Shanghai, China. Of the group, 49 women received qigong which included five 40-minute classes each week during their five-to-six week course of radiation therapy. Meanwhile the other 47 women received the standard of care.

Participants were assessed five times: At the start of therapy, in the middle, at the end, one month later and three months later. The different aspects that were assessed included depressive symptoms, fatigue, sleep disturbances and overall quality of life.

Results showed that patients in the qigong group had a decline in symptoms of depression and an overall improvement of quality of life during the assessment times, while patients in the other group showed no changes.

Back to Dr. Cohen:

The authors nonetheless urged that further research was needed to confirm these findings. 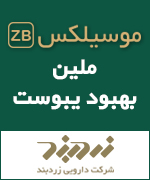